Check availability in your area
Delivery available from FREE in Norfolk

This 4K TV is powered by Sony’s X1 processor, so you can view the latest blockbuster in a way like never before. The TRILUMINOS display brings characters to life by reproducing a vaster range of colours than a conventional television, while Dolby Audio immerses you in high-quality sound for a cinematic experience.

Discover a host of viewing options on this Sony Smart UHD television. It comes with an integrated digital service for live TV, as well as a never-ending library of on-demand apps to scroll through, such as:

Getting the Sony KD49XG8196 connected to the internet is easy, either via Wi-Fi or with the supplied ethernet cable. Thanks to it being an Android TV with Google Assistant access, you can even use your voice to search through films and series, whether that’s the latest rom-com or an action-packed thriller. As well as the Google Store app, there are apps for Apple devices too.

You’ll find a wide range of connection options on this Sony TV, including four HDMI ports, two USB ports, one composite input and one headphone jack. Whether you need to link up Blu-ray players, games consoles, headphones or an alternative device, the KD49XH8196BU is here to help.

There’s even a PC streaming feature to let you watch content directly from your laptop, while Bluetooth support means you can cast media from your phone.

This 4K LED TV comes in a classic black with a dark silver stand, so you can display it with pride in your lounge area. Or, if space is at a premium, the VESA compatible Sony KD49XH8196BU is also wall mountable. It has been rated ‘A’ for energy, so you can save money and the environment. 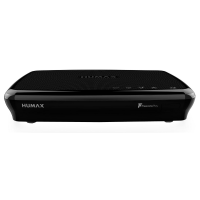